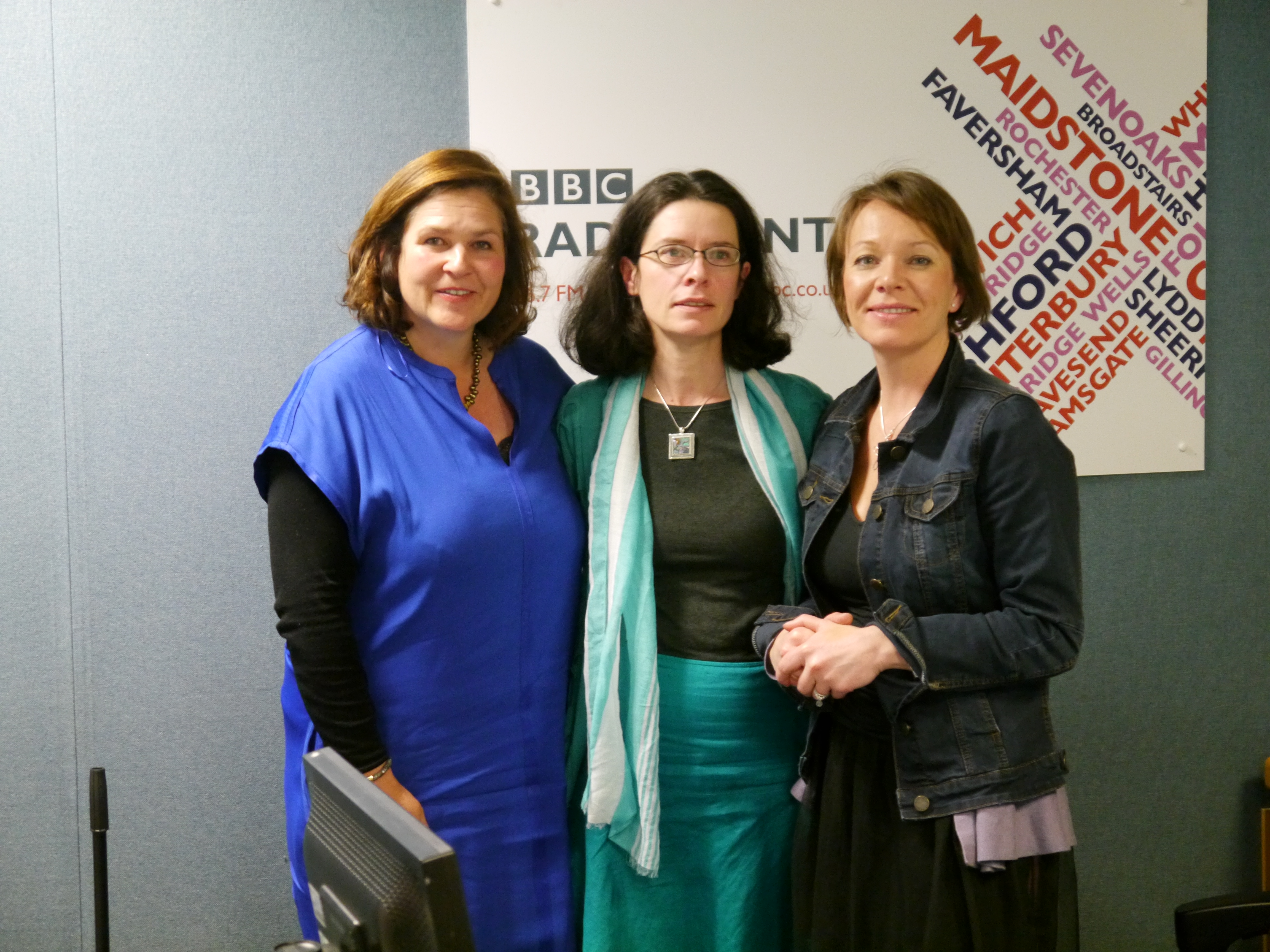 Wow it’s been a very exciting and fast-moving week for me. Travelling back from the coast last Friday, I spotted a tweet (it’s ok, my husband was driving!) that BBC South East was looking for news stories. Immediately I retweeted back about my free online conference The Confident Mother and emailed the journalist in the tweet. I’m very proud of my event – there’s a fabulous line-up of speakers on a wide range of topics to help mums build and nurture their confidence. I love that I have persuaded both Paralympic cyclist Dame Sarah Storey and MP Jo Swinson to be interviewed. Very proud indeed.

Naturally I was very excited to get a reply from the journalist – she’d talked to her producer and they loved my story. Happy face. They felt that it was very strong editorially but not visually. Sad face. But then happy face “we’ve passed your story to BBC Radio Kent who share a studio with us, we think it’s a perfect fit for one of their magazine shows”.

Monday morning comes and the producer at Radio Kent contacted me yesterday and “yes we love your story, we’d love to have you on air for an interview. Are you free this week?”. Well yes, of course I am and we set up the interview for Wednesday. I listened to a couple of back issues of the Julia George show, and I’m liking what I hear. Somewhat similar to Vanessa Feltz but less shouty. I listened as I worked on Tuesday and they discussing the challenges faced by single parent families.  New figures out show Britain has a higher proportion of single parent families than any other country in Western Europe, at nearly a fifth of families with only a solo parent. Immediately I thought of Vivienne Smith, one of my speakers. She’s written the Single Mum’s Survival Guide so I contacted the station and suggested they talk to Vivienne. A few minutes later, Vivienne was live on air. Woo hoo! How exciting.

After their show had finished, the producer called me again … there’s been so much on parenting this week, and my heart started to sink a little. Oh no, they want to drop the interview because it’s too much. But no, instead they wanted to set up a parenting expert panel and have a whole hour. They wanted my suggestions on additional experts to join me on the panel. Elaine Halligan of The Parent Practice and Richard Curtis, The Kid Calmer were my first thoughts. Brilliant, before I knew it, we were all set up for a one hour slot. Logistics meant that Richard was in a separate studio to us on the day.

We had such fun! It was slightly nerve-wracking knowing that we were going to take calls live from the public, and the hour FLEW by. But it was fascinating being in the studio, and watching how Julia manages all the different streams of information. In the past, radio phone-ins were literally “just” taking telephone calls. But of course today, there’s incoming traffic via Facebook, Twitter, text messages and email. Hectic but Julia makes it look so easy.

I’d love you to listen to the show (we’re on air from 1h06m) and let us know what you think. You’ll get a real taster of what to look forward to in The Confident Mother. The producer loved us and it looks like they’ll be reconvening the panel again in a few months time.

Have you signed up for the conference yet? Only four days left to go – don’t miss out. Sign up before Monday and you’ll get a free bonus workbook which we’ll work through on Monday. Or join in the Facebook group. So far we’ve had great discussions on demotion vs promotion on maternity leave, children’s mental health, and New Year Resolutions.