As I cradled his limp lifeless body, I couldn’t help but think to myself “what huge feet you have“.

This isn’t what you think. Honest it’s not.

As a former racing cyclist who’s nearly killed herself on the track once or twice, it was my turn to rescue a “spectator” who’d been run over by the bunch on the racing circuit at Crystal Palace. Not just any old spectator. No this was a squirrel.

It was Catford Cycling Club’s turn to marshal at the Crystal Palace crit series. I was round the back of the circuit to warn pedestrians not to step out in front of the hurtling bunch of cyclists bearing down on us at 30mph.

A squirrel ran out.

In front of the bunch.

Squirrel is lying there immobile.

I ran out across the circuit dodging the other cyclists racing by and picked up the squirrel and carried his limp lifeless body back to the path. Tears welled in my eyes. He’s still breathing. Then I looked at his feet. Have you ever looked at a squirrel closely? They have HUGE feet. 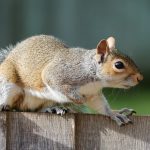 I put the squirrel down gently on the grass at the foot of a tree and rushed back to my post. I kept looking round to see if he was still there. A few minutes later, out of the corner of my eye, I watched the squirrel climb up a post. He sat there for a while swaying backwards and forwards like a drunk person who’s had one too many.

He’d disappeared by the time the race finished. I still wonder if he survived the night or whether he was grabbed by a hungry fox.

My husband thought I was crazy for rescuing a squirrel but what was I supposed to do?